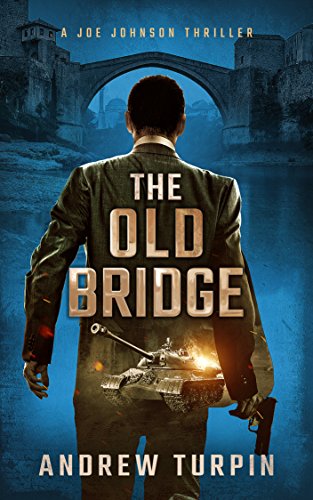 What are these creatures and why are they here? Will Sera ever be able to find the hidden secrets of the keystone? Now they are fugitives on the run. Sera struggles to uncover the secrets of the keystone, an ancient artifact believed to be the key to saving the fey from the brutal reign of mages. While Bastian helps her to keep one step ahead of the tyrant that is his father, the high council leader of the mages, another, darker threat looms on the horizon.

The mages have doomed them all with their lust for technology and weapons. The race for the keystone begins. Sera and Bas have stayed one step ahead of the mage council, but when demons and toxic rifts plague their world, time has run out. The lost pieces of the keystone must be reunited if Sera and Bas hope to bring peace to their peoples and heal their scarred world. Sera owns half of the ancient artifact, and her dreams whisper cryptic clues of where her salvation can be found. Time is short, demons are to the west, hunters to the east, and only the unification of the broken keystone can save the world—if they can survive long enough to find it.

She has no memory of the first ten years of her life. Nick Trevelyan can help Zoe put her life together. As the last guardian, he enforces the law of The Circle, the council of races. And as Zoe investigates the mysterious deaths of psychics, the truth about her own past slowly crawls into the light. As her unusual abilities come into focus, Zoe learns more about herself than she ever thought possible. Will she succeed in unravelling her mysterious past?

Or will this cruel world keep her shrouded in darkness? Her curse is also a blessing, one that protects her from physical harm while also suppressing the very memories she desperately seeks. Her guardian partner, Nick Trevelyan, sticks by her side as they investigate a string of suicides. Meanwhile, a strange entity connected to her mysterious past and her newfound abilities stalks her from the shadows. Now on the run after being framed and nearly executed by the Circle, Zoe Finn must find her forgotten memories or die trying.

The inhabitants are complete strangers, with the line between friends and foes blurred and broken. Nick Trevelyan, her partner — in more ways than one — searches high and low for her. But more trouble is on the horizon. A demonic force even more dangerous than the dark fey lies in wait. Nick is determined to rescue Zoe, but the truth may be too much for her.

Love lasts a lifetime… or several. When Ella stumbles upon a buried gateway, she unleashes the Esrac, a vampire species that nearly wiped out the Ancients. But when your whole life is just a series of rebirths… death is just another chance at love. The road to freedom is built on the past. Ella has been betrayed by her mentor Griffin, and now Esme the Esrac Queen has escaped her ancient prison and killed Griffin for his trouble.

But her ex-boyfriend Luc, a member of the heroic Valan, has replaced Griffin. Ella, Luc and their friends must risk everything and become fugitives. Love is on the run. Ella and Luc are now reunited as a couple, sifting through their past lives so they can stay one step ahead of their pursuers. The Senate is seeking the death penalty against Luc and Ella for being magic users, forcing them to resort to desperate measures. Immerse yourself in a collection of stories that blur the lines between fantasy and reality.


What hides beneath the ocean, or lurks inside the forest? Is there such a thing as guardian angels, and what mystery awaits you at the lighthouse? Explore legends of alchemy and witchcraft; step into vivid new worlds, whilst also discovering what dangers can exist within our own. Night: a tim e for fun with friends, a time for love and romance, a time for peace and tranquillity, a time for dreams. With each reflecting a different aspect of night, this latest charity anthology from Writebulb Writers Group features sixteen original stories across a variety of genres.

Dive into the pages and find your time of night. But how does an author stand out in a crowded market? She will perform only until she reaches a marriageable age—her tyrannical father has made that much clear. His brilliance begins to eclipse her own, until one day a mysterious stranger from a magical land appears with an irresistible offer.

He has the power to make her wish come true—but his help may cost her everything. In her first work of historical fiction, 1 New York Times bestselling author Marie Lu spins a lush, lyrically-told story of music, magic, and the unbreakable bond between a brother and sister. On the dawn of her courtship trials, Princess Lyana Aethionus knows she should be focused on winning her perfect mate, yet her thoughts wander to the open sky waiting at the edge of her floating kingdom. One final adventure calls.


Upon fleeing the palace, the last thing she expects to find is a raven prince locked in a death match with a dragon. Reviled son of a dead king, Rafe would do anything for his beloved half-brother, Prince Lysander Taetanus, including posing as him in the upcoming courtship trials. When a dragon interrupts their secret exchange, he orders his studious sibling to run. After suffering a fatal blow, Rafe is saved by a beautiful dove who possesses forbidden magic, just like him.

Unknown to the world above, on the foggy sea ten thousand feet below, a young king fights a forgotten war. He believes Lyana is the queen prophesied to save the world, and with the help of his favored spy, hidden deep in the highest ranks of the dove royal house, he will stop at nothing to have her. Three shocking betrayals. Two star-crossed lovers. One unforgettable journey. Ari Helix may have won her battle against the tyrannical Mercer corporation, but the larger war has just begun.

Coming face-to-face with the original Arthurian legend could produce a ripple effect that changes everything. Somehow Merlin forgot that the past can be even more dangerous than the future…. Click here for proof of a potential incentive campaign. First, the bad news: an ancient evil—you know, your standard consume-all-life-in-the-galaxy deal—is about to be unleashed. The good news? 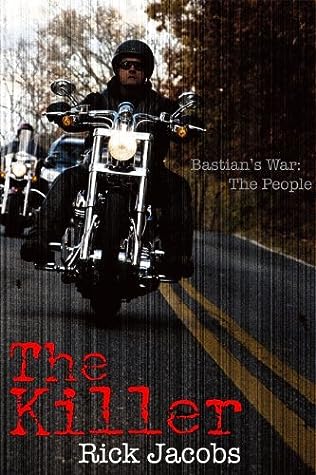 Squad is standing by to save the day. With half the known galaxy on their tails, Squad has never felt so wanted. Two centuries ago, the colony ship vanished, leaving Auri as its sole survivor. Now, its black box might be what saves them.

She returns to a kingdom on the brink of war. But the war raging around Maia is nothing compared to the battle within. Ever since she was touched by the demon Bandur, she has been changing. No cap on U. Will the boys and Hurley be able to reclaim the Relic and pull The Raven back from the brink, or will they get lost in the weeds? Based on the beloved blockbuster podcast where three brothers and their dad play a tabletop RPG in real time, The Adventure Zone: Petals to the Metal has it all: blossoming new friendships, pining for outlaw lovers, and a rollicking race you can root for!

Traitor by Amanda McCrina. Rescued by a squad of Ukrainian-nationalist partisans, Tolya has every reason to believe his girlfriend, fellow soldier Nataliya Koval, is dead at the hands of the NKVD. But when somebody in the squad betrays the plan to the NKVD, all evidence points to Tolya as the traitor.

Following two connected timelines, TRAITOR explores Polish-Ukrainian political conflicts, deep-seated ethnic prejudices, and the terror of living in a world where even the smallest betrayal can be a matter of life or death. Click here for proof of an incentive campaign and the submission form.

You CAN submit your pre-order receipt through the form and indicate a swag preference physical or digital , but specific swag has not been revealed yet. The Burning God by R. This page is ONLY for books that have special swag, gifts, or other bonus content available if you pre-order the book. This is NOT a form to send in your pre-order receipts.

Please refer to the specific detail links for each book. Do NOT send in personal information through this form. Toggle navigation. Does the incentive have to be hosted by a publisher? About the Book.